March 10, 2015
My water broke at approximately 6:00am 33 days before my due date. After I took a shower, my sweet husband took me to the hospital. (Yep, I chose to take my time instead of moving with a sense of urgency).  Once we got to the hospital, I remember telling the nurses that it was time for me to deliver and that I needed to push. They insisted that I needed to have an ultrasound. They wanted to see whether the twins were head down or breech and they wanted to get the twins’ measurements. I yelled that I didn’t have time for that. The little man finally said they were both head down and almost five pounds each. Finally, I was free to go give birth.


Baby girl A entered the world at 8:17am. Meanwhile, Baby girl B took her sweet ‘ole time and finally graced us with her presence at 8:32am. With God’s favor both of the twins were healthy. But there was one issue. Even after the grueling ultrasound, neither of them weighed four pounds, so neither of them could be released from the hospital. I then had the most hurtful experience of my life. The hospital discharged me but told me I had to leave my babies there. I had to be separated from them during their first weeks of life. They couldn’t even snuggle up to each other. They were separated and placed into neonatal incubators. There were times when I could only touch them through the arm holes. As I watched them inside the clear boxes, I myself felt boxed in. I spent the majority of my daytime hours at the hospital every day until I was finally able to bring those precious girls home. 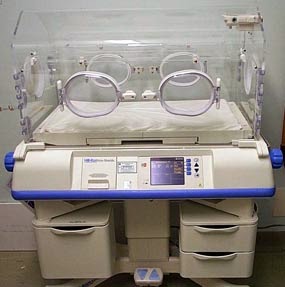 While my experience was hard for me to handle at the time, I recognize that there are some families that have it even worse. I am so thankful to national organizations, such as the March of Dimes, which help support families during those difficult times. It’s a reminder that no matter what happens, we are not alone. This is also what God promises us. In Matthew 28:20 we see this promise, as it says “And surely I am with you always, to the very end of the age.” These words were found at the end of the Great Commission where God has given us a command and directive. It reminds us that God will speak things into our hearts and spirits that may sometimes feel and seem hard, scary, hurtful, etc. But we are to fear not. No matter what comes before us, if God has ordained a thing for us, He will be right there with us and will never leave us.
Nine years later, I have two of the healthiest, sweetest, and smartest girls in America. When I was in the hospital giving birth, I could never have imagined that the grace of God would shine so bright around and within my family. That moment of feeling boxed in has led to some of the most humbling experiences of my life. I have been blessed beyond measure. God wants to do the same for you. All you have to do is remember His promises.
Share with us: Tell us of a time when you felt boxed in until God showed you that He was with you always.