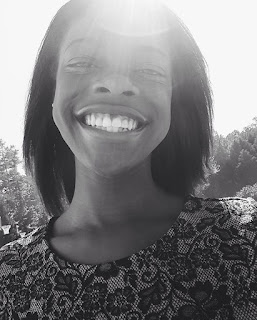 "Sometime you have to be comfortable talking about the comfortable"
-Yara Shahidi, grown-ish

As a member of the Student Government Association, each year you are required to complete an individual project which betters the school in some way. This year one of my 2 projects is a privilede walk.

If you are unaware of what a privilege walk is, basically everyone lines up in the center of the classroom. A series of statements are called out and if thy apply to you, you complete the instruction to either walk forward or backward. If it doesn't apply, you don't move.

There is one of my table mates who has made it clear they are a strong right-wing conservative, which I have absolutely no issue with. We were discussing my project and this particular student was trying to downplay privilege, seemingly to ignore that fact that he has privilege himself, as do I.

Me and one of the other black students were trying to explain the fact that everyone has privilege and it tuned into a verbal disagreement. Neither of the opposing sides were attacking the other or being rude or nasty, and no profanity was involved; we were just having an educated argument/conversation.

This is all of relevance because I cut on popular spin-offs of ABC show Black-ish, grown-ish. In the episode they were discussing safe spaces for different communities and an argument arose making everyone uncomfortable.

It was such a coincidence because I recall having the same conversation hours prior.

This was a lesson in the sense that whether you are 14 or 94, you WILL experience something that makes you uncomfortable, such as a taboo topic like gay marriage. Having these conversations allow you to expand your mind and also aid in the development and shaping of your own views, beliefs, and ideas.

Are you willing to to get comfortable having an uncomfortable conversation?